Authorities at the ministry of health have warned that for the Parish Development Model (PDM) program to be successful, there should be a mental health aspect.

The acting assistant commissioner for mental health and control of substance abuse at the ministry of health Hafsa Lukwata said people need to be counseled, and helped to understand how PDM works and how it will be useful to them.

I’m worried that PDM without a physiological counseling part may not get good results. Many times we come up with good interventions, but if it is given to someone who is not mentally well, however good it is, it will not be successful," Lukwata said

Speaking during the launch of the Strategic Plan 2022-2027 for Transcultural Psychosocial Organization (TPO), Lukwata said some people get excited when they get money and end up misusing it, and yet there are people at the community level who can advise them on the benefits and how to use it.

"If we do not add a mental health aspect to some of these programs many times they will not be successful especially when they are given to very poor people," she said. 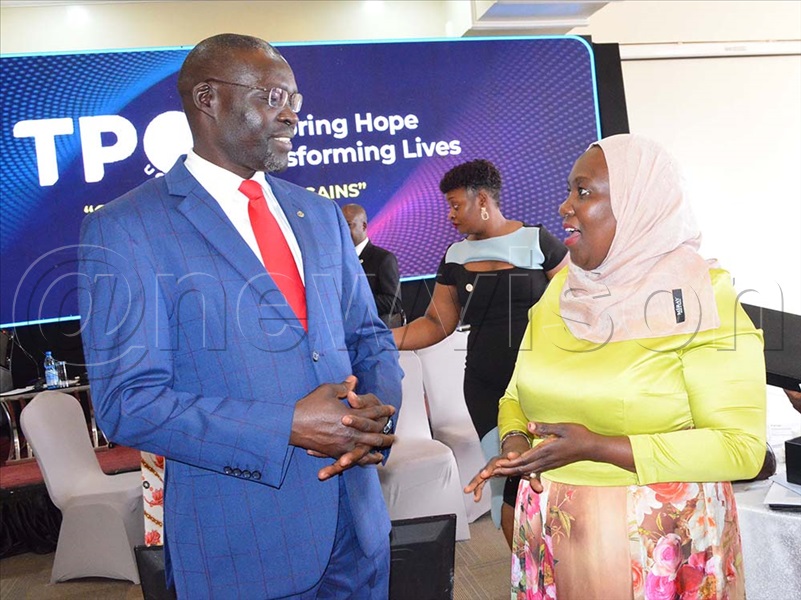 According to a report by the ministry of health and the Uganda Counselling Association, an estimated 14 million Ugandans suffer from a form of mental disorder.

At least Sh1 trillion for the PDM program, to be distributed among the 10,594 parishes across the country for the financial year 2022/2023.

TPO is committed to continuing to improve the mental health and social-economic well-being of individuals and communities over the next five years through thematic areas including mental, neurological, and substance use, childcare, and protection. Others are HIV/AIDS prevention, care, and support, among others.

Patrick Sambaga, the country director of TPO, said they intend to develop the capacities of many people and organizations in the country to also provide mental and psychosocial services.

He added that they were working with volunteers whom they train in mental health and psychosocial support to be able to provide mental health services to the community.

"Mental health is one neglected sector and yet, in reality, every one of us has had a member in the family with this problem,’’ he expressed concern.

According to the World Health Organization (WHO), mental disorders vary and present differently. They are generally characterized by a combination of abnormal thoughts, perceptions, emotions, behavior, and relationships with others.