According to the Ministry of Health, 25% of Ugandan teenagers become pregnant by the age of 19.

Close to half are married before their 18th birthday and continue having babies into their mid-40s.

In Mayuge, Luuka, Iganga and other districts that make up the Busoga kingdom, thousands of adolescent girls got pregnant. 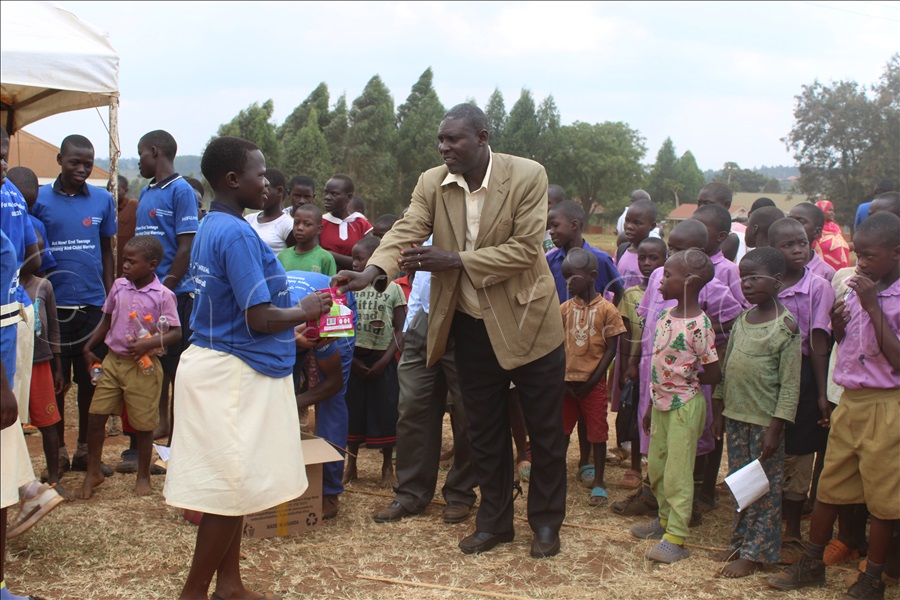 By the time schools reopened early this year, many were either breastfeeding or pregnant and others were married off hence cutting their dreams short.

Over the weekend, over 80 teenage mothers matched against early and forced marriages under the theme; Eliminating harmful practices affecting children.

Majority of the girls are victims of forced marriages. They call themselves survivors.

They went around Mayuge and Iganga towns while carrying placards with messages against the injustice. 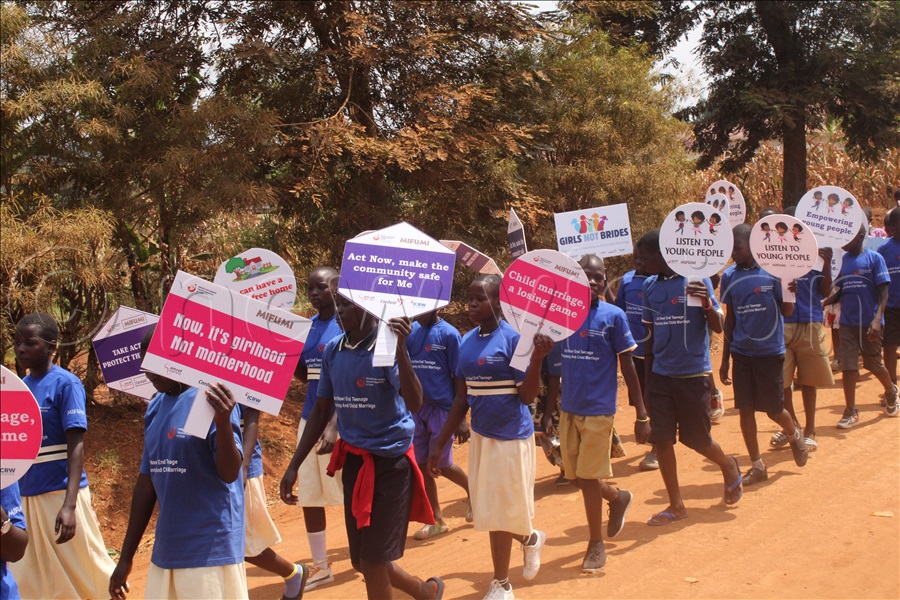 These included; Girls not brides, Now, it’s girlhood not motherhood, child marriage a losing game, Your daughter is your mirror and others.

They were joined by boys, residents and business people who cheered them to show that they approved of the campaign.

This was courtesy of Heroes for Gender Transformative Action a consortium program that is implemented by four organizations including MIFUMI, AMREF, Cordaid and the International Center for Research on Women (ICRW).

Lucy Mary Athieno, the Sexual and Gender-Based Violence (SGBV) specialist with MIFUMI, says the number of teenage mothers in Busoga is overwhelming.

“We launched a campaign in Iganga and Mayuge to end teenage pregnancies and child marriages. I urge all stakeholders to join hands for positive results,” she said.

The mothers later converged at Mayuge district headquarters where they sang and acted in a drama against child marriage.

He says some parents produce many children they cannot look after. They end up dropping out of school and getting spoilt.

The girls engage in early sex to get basic needs like sanitary pads and others go to discos and return home late, but parents look on with one eye closed.

But also, many girls have an insatiable love for money worsened by a lack of awareness about the dangers of pre-marital sex.

“Girls sleep with older men for money and basic needs like food and clothing,” he noted.

Isabirye implored parents to step up and raise their children well.

“Parents have also abandoned their responsibility of protecting their children and educating them about sex,” he says.

Meanwhile, Athieno says for many girls who are raped and defiled, parents fear reporting the culprits. Others are silenced with bribes or simply ask for dowry and marry off the girls.

“We provide the teenage mothers with psycho-social counselling, confidence building and after, we skill them in hairdressing,” she says.

Heroes for Gender Transformative Action are operating in Bukabooli, Bukatube, Wairasa and Imanyiro sub-counties with an advice centre at Bukabooli which acts as a reception centre.