Tigers FC beat Naguru’s Kawenja FC 2-0 in the final to win the sixth edition of the Annual Slums Soccer Tournament played at the Acholi Quarters Playground in Banda on Saturday.

First half goals from Sam Mugyenyi and Sadat Anaku ensured the Acholi Quarters side successfully defended their title, to grab a second consecutive championship win in the annual tournament.

The tournament started last month with six women’s teams, 14 Under-16 boys’ outfits and 26 men’s sides competing in the preliminary round. 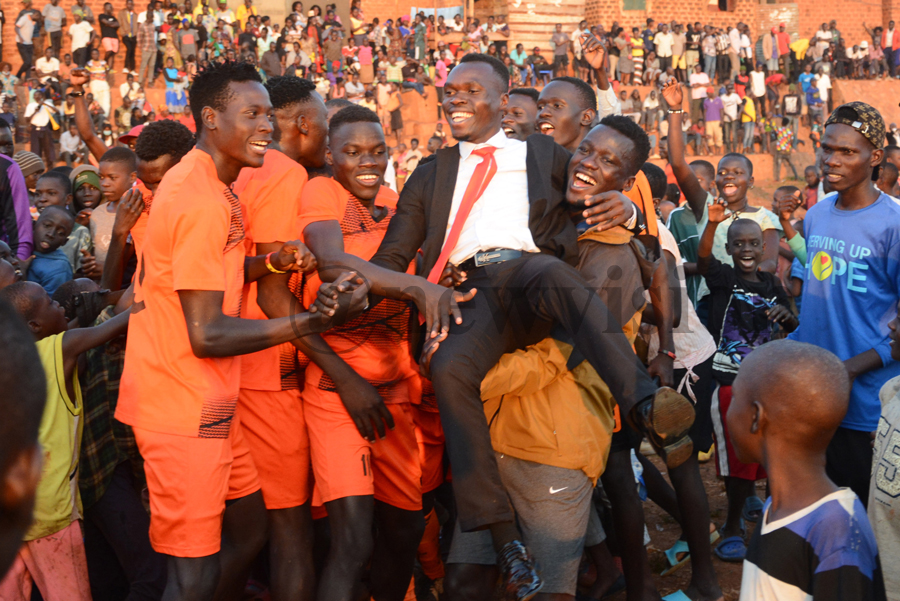 Tigers who had eliminated Mbuya Slum earlier in the semis was the better side for long spells of the match watched by a mammoth crowd from the neighboring slums, and dominated throughout; and despite a late surge on their goal by their opponents, they held on for the win that came with a trophy, a set of brand-new jerseys and a bull.

Kawenja walked away with a consolation prize of a goat in the event that attracted a host of dignitaries like the state minister for Kampala Kabuye Kyofatogabye, UOC president Donald Rukare, UNHCR Country representative Joel Boutroue, MP’s Nakawa East and West Joel Ssenyonyi and Ronald Balimwezo among others.

In the women’s final, Acholi Quarters (AQ) women beat Women of Purpose (WOP) 3-0 in another one-sided affair and also taking home a goat and sh150, 000/- top-up from the minister while in other matches, AQ Local leaders were 5-2 winners on penalties after a 1-1 draw. 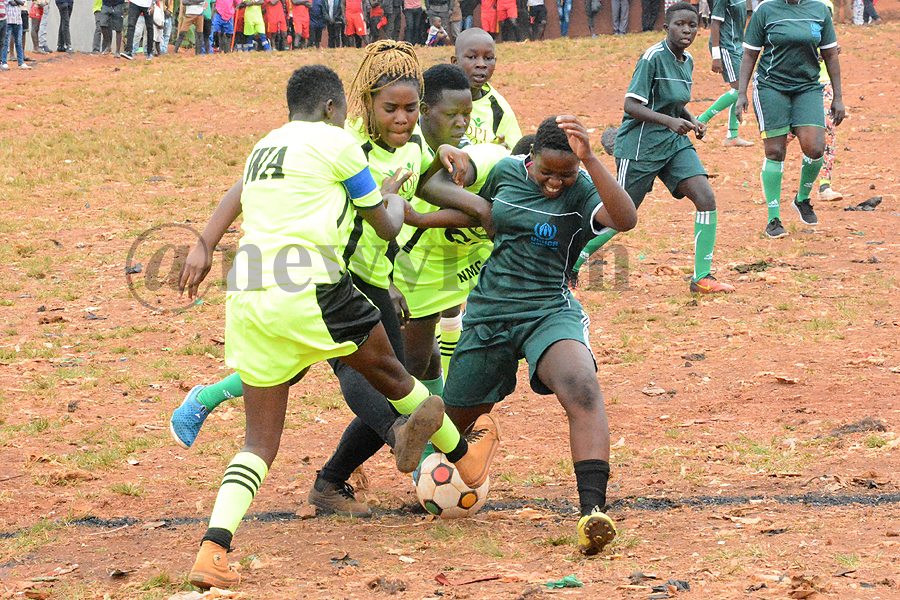 In the U-16 action WOP Boys were also 2-0 winners over the Acholi Quarters side just like the Women of Purpose Youth who also beat Acholi Quarters Raiders by the same margin.

All the other winners walked away with prizes ranging from new sets of jerseys, cash prizes, 2 UEFA foundation balls, trophies, medals and sanitary pads to support their sisters as the Aliguma Foundation the organisers of the event continued with their girl-child (Ndi Mwana) campaign.

The initiative targeting the girl child dubbed ‘Ndi Mwana’ is aimed at the protection of the girl child not only among the residents of Acholi Quarters slum settlement in Banda, Nakawa Division but also countrywide

The UEFA Foundation through their Sports and Resilience Empowerment Project (SREP) were the primary partners with the Aliguma Foundation for this annual showpiece.

The Acholi Quarters community has seen a transformation in football following the Aliguma foundation partnership with them over the last few years.

Under the partnership, a number of pupils in the community have won themselves scholarships following Slum Soccer tournaments organized by the foundation. They have also gotten football equipment including jerseys, boots and balls among other life necessities.